I thought I’d take a minute to reflect on and go through some highlights from Leetspeak 2018.

Please note that these are just my personal opinions. The sessions that I don’t mention weren’t inferior in any way, but in this blog post I’ve decided to focus on the ones who stood out to a little bit extra to me.

In case you haven’t heard about it before, Leetspeak is a single day, single track dev conference for developers, by developers. The conference is arranged by tretton37 and I think it’s a really cozy and intimate conference, delivering high quality content. The tickets are only 200 Swedish krona (roughly 20 €) and always takes place on a saturday, so you don’t need to take time off from work in order to attend. 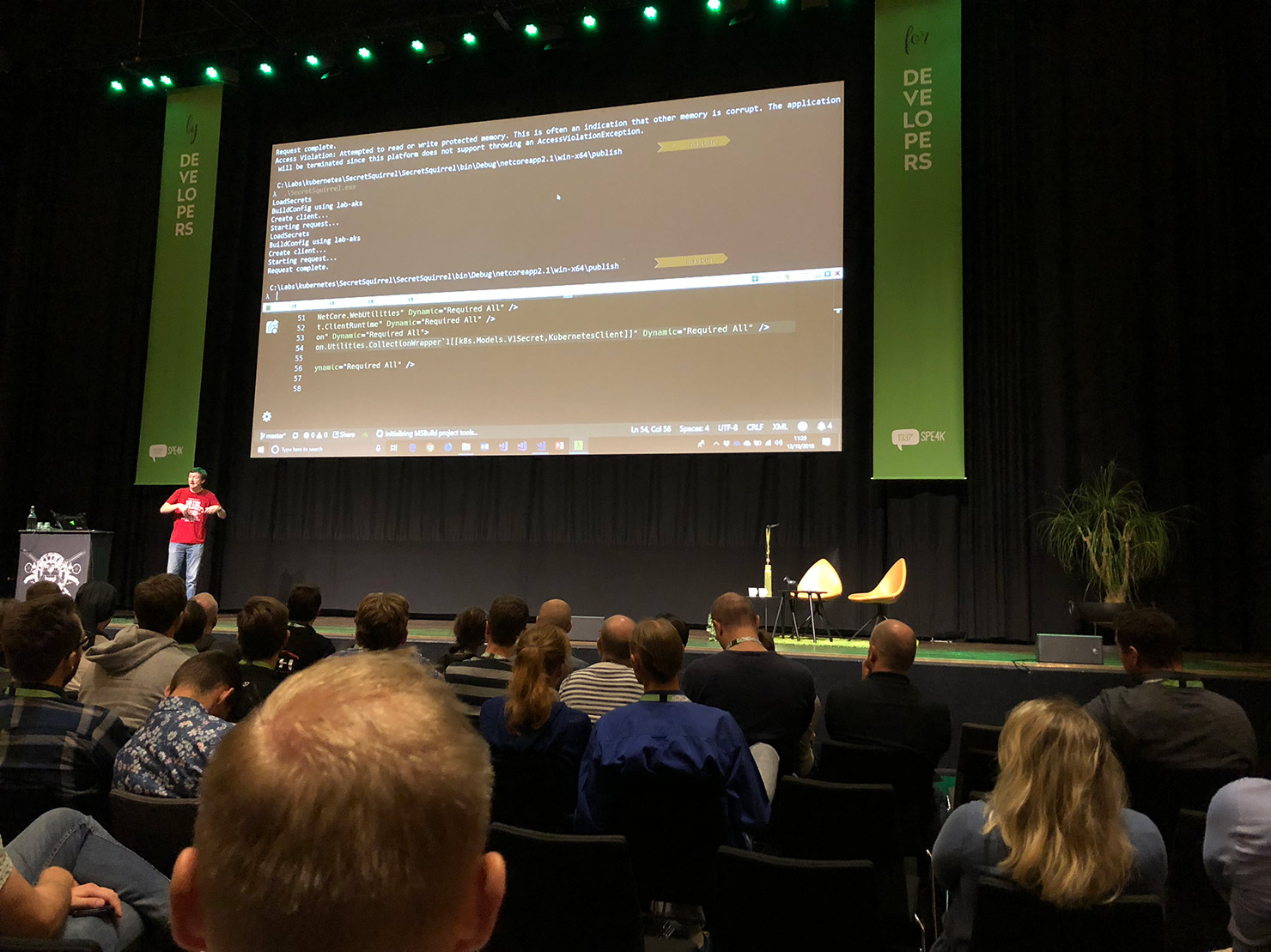 Mark Rendle took the stage with his talk “Why I’m not leaving .NET”. A counter action to all the blog posts that people feel urged to write when they’re leaving .NET, telling the world why they’re doing it. In the session, Mark went over a couple of .NET-related techniques and frameworks that he sees as good reasons to keep working in .NET.

Besides Mark being a fun and charismatic speaker, the session stood out thanks to Mark co-presenting the session together with his daughter, Willow. Willow joined Mark on stage for the final segment of the talk, doing a live demo in Unity. Kudos to you Willow, I’d never had the courage to do something like that when I was in your age! 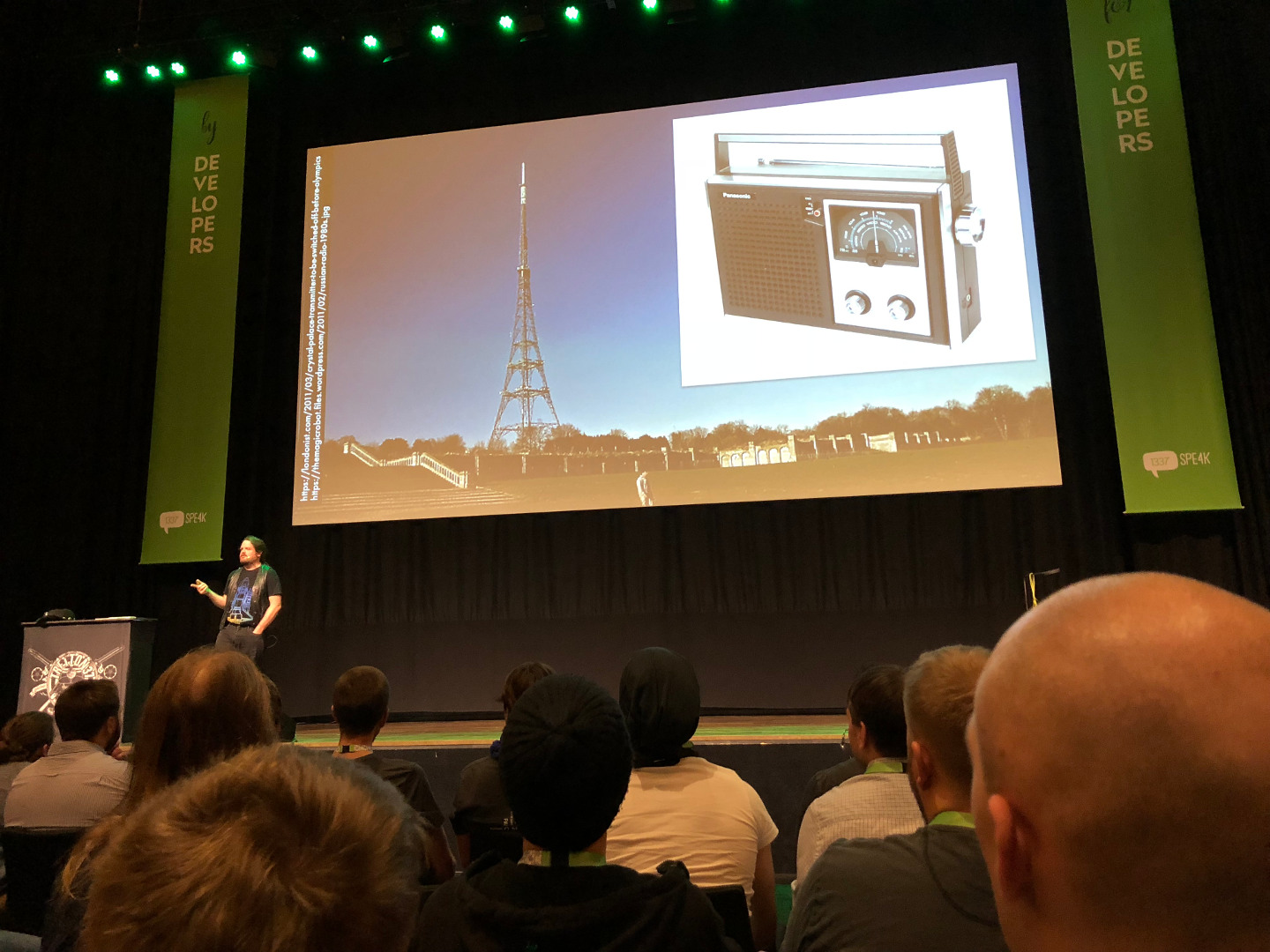 Dylan Beattie deboned what actually happens when you send someone a cat picture. From when the light is reflected from the cat and into the camera lense, how the image is processed and optimized and sent via different protocols to the receiving device. Dylan explained these complex concepts and technologies that all of us take for granted in a humorous and pedagogical way.

Starting with the absolut lowest of fis, via comparing image processing to a swedish smörgåstårta. Dylan used the audience as a barometer for how many ingredients you can remove and still call it a smörgåstårta. The same concept applies to digital photos - how much can we comprimate and adjust image settings and still consider it a photo of decent quality?

Spoiler: you can safely remove up to 73% of the ingredients before the dish is no longer considered a smörgåstårta. The mayonnaise is really what makes or breaks it.

Mob programming and the power of flow - Woody Zuill 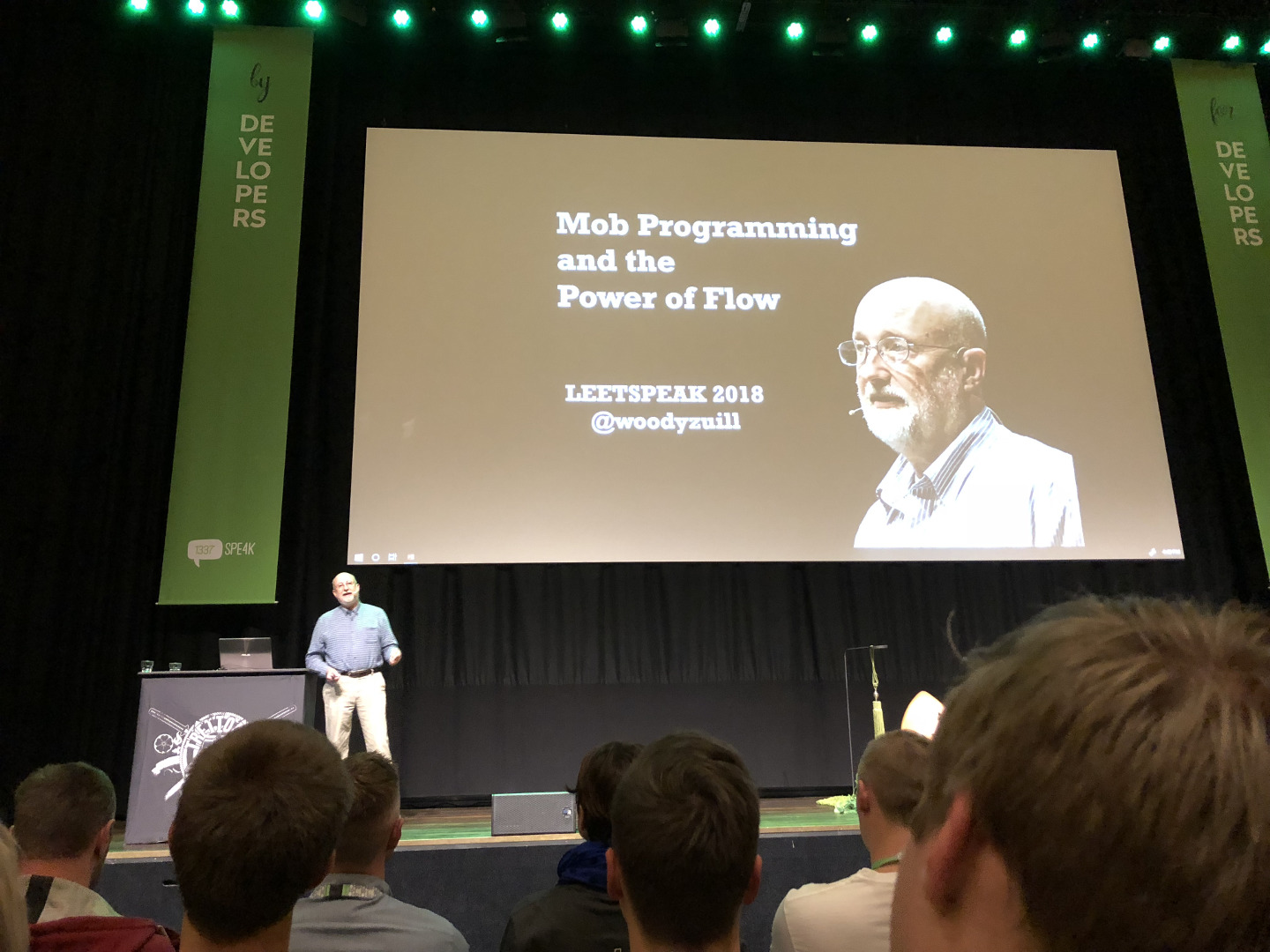 Watching Woody talk is always a pleasure. It doesn’t really matter what his session is about. If he’s talking, I’m there to listen. Working in IT since the early 1980’s, Woody has gained a tremendous knowledge of how to make dev teams work efficiently and deliver value. For many he’s mainly known as a strong advocate for mob programming and the no estimates movement.

Being the humble man that he is, Woody clearly states in his talk that he’s not here to tell us what to do, but to inspire us by telling us what he did.

The thing that I brought with me from his session is how I can think about and minimize disruptions in work flow. For example: one of the most commons flow disruptions is being impeded by waiting for information or a clarification from someone else. If we can minimize these times of stand still, we can go back to doing what we want to do - write code and deliver value to our clients and employers.